After 13 weeks of Block-tastic TV, the latest series of Australia’s most popular and longest running renovation show, The Block, came to a close last night.

If you read my blog, you’ll know this was the first time I’ve watched The Block.  And with 46 episodes, it was a fair commitment – that’s over 40 hours or 1.7 days, and too many Aldi, Telstra and Domain plugs to mention.

On reflection, one thing was very clear to me, it underlined that good cohesive design creates more emotional connection for buyers in a property.  Giving it the best chance for a higher sale price as the look and feel is totally unique. But more about that in the conclusion below.

Teams received reserve prices and decided on an auction order.  The strategy was to send in Karlie and Will first, as one of the best apartments with the most interest this would set a higher benchmark, benefiting all other apartments.

The aim of the show was pretty simple… whatever money you make over the reserve is your profit.  Each team gets to keep the profit and the most profitable wins The Block and gets an extra $100,000.  So…what happened? (Warning: spoilers below)

Will and Karlie – Auction 1 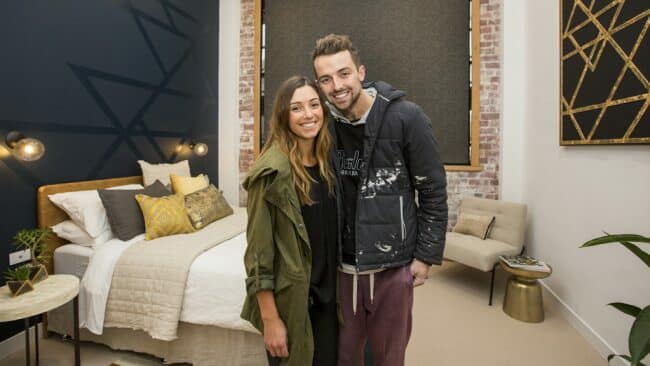 It was INTENSE, and they watched in shock as 12 weeks of hard labour turned into frenzied bidding.  Their apartment sold for a whopping $2,600,000, an amazing $715,000 over the reserve, giving them the win and the extra $100k

So how did a ground floor apartment beat bigger apartments, extra rooms and views of the city? Easy…they picked a style that worked for both them and the property: in-deco (industrial art deco with a hint of scandi), and stuck to it. Naturally the design did work, but it was the consistency that really carried the story.

They were pretty much the only couple that considered the bigger design picture week after week, so individual room judging was balanced by a large concept, that made them be selective with the application of design. 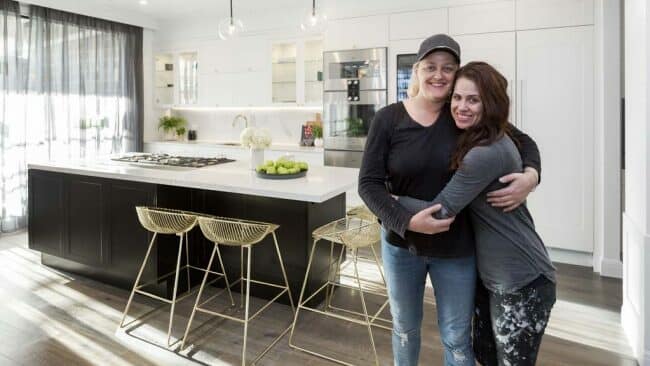 It was seemingly a harder auction as well, with the Auctioneer pulling out various techniques to keep the bidding going and drive up the price, which looked like it had ground to a halt twice.

In my opinion, the difference between 1st and 2nd place was: confidence.  The driving design force was Julia and at the beginning of the series her design and styling confidence was rocked by the judges, which lead to her challenging their overarching design vision.

They did get their mojo back but it was just a fraction ($55K) too late. 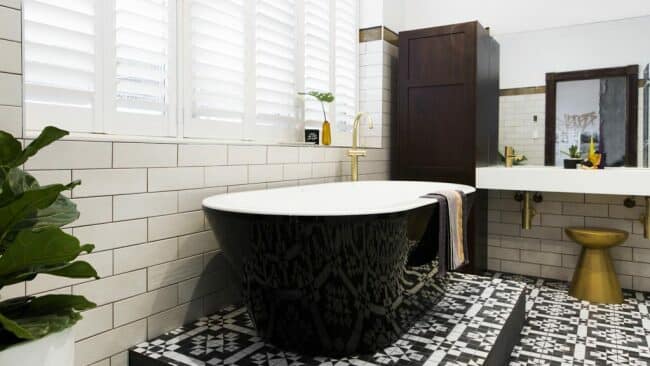 The Perth couple, with a down-sizers dream, had a take on art deco somewhere between contemporary and traditional.  Bidding started strong but cooled just as quickly.  A few late bids saw the property sell for $2,490,000, and third place profit of $525,000.

Dan and Carleen were another team rocked by early poor scoring and harsh commentary, which saw them deviate from their bigger picture.  Once on track they delivered elegant spaces but a couple of areas were a little off the mark.

The Newcastle duo, who only won one week and seemingly couldn’t catch a break from the judges, unfortunately finished last.  Selling for a respectable $2,305,000 and a healthy profit of $425,000.

Whilst I felt for these guys, this result wasn’t a surprise.  Even the Auctioneer had to pull out all the tricks in his book, which were needed as he drove a last-minute flurry of bids for an extra $120K.

Whilst they did have a Penthouse with views of the city and the mother of all master suites… Kim and Chris seemed to draw inspiration from everywhere with virtually no design filter. I call it the “Pinterest effect”.  This meant they were the most inconsistent with their overall design, creating what almost felt like themed rooms, some of which worked brilliantly on their own but not together.

It begs the question, however, was reconfiguring the floorplan to include an extra bedroom and bathroom the right move?  This ultimately killed their budget, as they were unable to complete major works themselves and had to pay trades.  So, it felt like an excellent strategy poorly executed.

You had to love their commitment and spirit, it made for great TV, but there really wasn’t a design style other than their own.  That’s a pretty expensive bachelor pad for 20 something’s!

Well done to all the teams they did an amazing job and it was certainly interesting.  More a property development project, if you could ignore all the random sponsor challenges, like the Aldi sponsored dinner party… what has that go to do it!?!  Anyway…

A clear and deliberate design style will untimely improve a property; seemingly over layout, size or gadgetry.  Sure, it might create a divide and possibly alienate some people, but those who love it will REALLY love it and be willing to go the extra mile for it.

Pinterest may be great for killing time, but if you’re not focussed about your style and its context, you may end up with the “Pinterest effect”.  Essentially a lot of great individual rooms that don’t work together.

And of course, in our homes, it’s not all about sale price.  So always remember that living in a well-designed and beautiful home will also have a positive impact on you day-to-day life, and you can’t put a price on that! 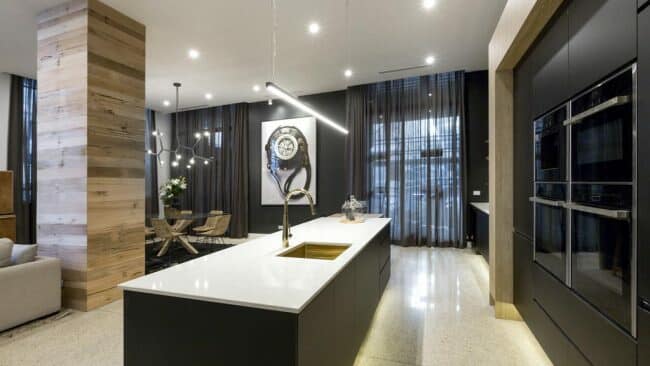 My favourite room in the while series. Will and Karlie’s kitchen

Images used under Fair Use, as the above commentary is a personal view and not commercial in nature, and were sourced from https://www.9now.com.au/the-block/season-12/extras/room-reveals

← Getting to work Finished project – turning one room into three! →